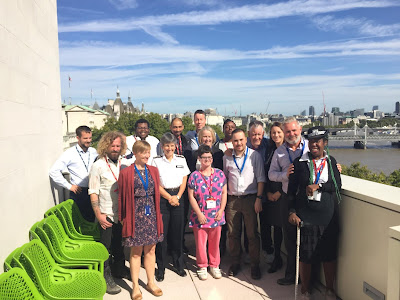 We went to see Cressida Dick at New Scotland Yard. We took the train from Hammersmith to Westminster; it was quick. We all met at Hammersmith to take the District Line. When we left the tube station there was a man playing the steal drums.


It was near the river in Westminster – there was a good view, we could see Big Ben, parliament, the army, Downing Street and the river boats, and the London Eye. When we arrived we were early so we sat by the river and looked at the London Eye and the Westminster Pier.


Cressida Dick is the commissioner of the Metropolitan Police, she told us that there were 40,000 people in the Met police. 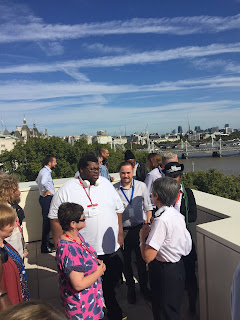 When we first got to the place we had to go through security. We had to put all our bags, walking sticks, change, keys, mobiles in a tray and they went through an x-ray scanner, everything went through the scanner except us. Then they gave us some nice cups of tea and coffee but no biscuits.


When she came in the room we stood up and she told us to sit down. We all introduced ourselves and she was talking to the police officers that we trained. Cressida Dick asked them how the training course was and what work they did with us at The Gate. We were invited because they wanted to know more about our police training. We train the police to know how to be better at interviewing people with learning disabilities and giving them the right support.


The officers said that the training with us was useful and interesting – they said they learned a lot in the days with us. When we have our interviews we give them feedback on what they did well and what they could do better.


Darren ended up talking about a dog being rude. We told her about what happens at The Gate. Labake sung a song about ending knife crime which Cressida Dick thought was very good. 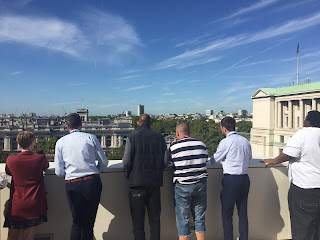 We looked around the building a lot and took some photographs on the balcony. All the tall people stood at the back and the rest of us at the front. After that she said thank you and she disappeared. I wonder where she went. Later she said she was being a judge at the Pride of Britain awards. We talked about a film we made about the Fiona Pilkington case and the fact that we’ve been training the police since 2006. After we took pictures on the balcony they showed us some of the empty rooms and then we sat down again. The lifts were very cool. 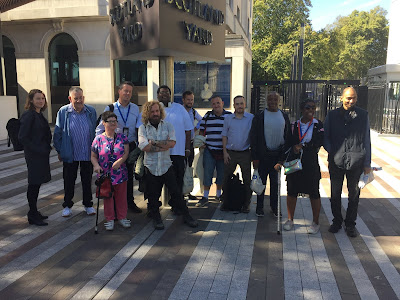 Email ThisBlogThis!Share to TwitterShare to FacebookShare to Pinterest
Labels: Everyone, Police training

My name is Labake Anisere and I made this video to put an end to knife cime. I made this because; knife crime is not a good thing. It is cruel, disgusting and it is not acceptable. I'm hoping to reach out to all the vulnerable families and hopefully reach out to them. And, maybe people can relate to my views and let me know how they feel. I made some props; a shovel, a coffin and a headstone. On the headstone it says: RIP Knife crime. And these all feature in the video. When I made the video it made me feel upset and anxious because I wasn't sure how it would turn out. It was a very stressful process. Hope you like it.