We are in the middle of the ever-changing Spring season going from warm and bright to cold, windy, and rainy. Our presenters gave their impressions about this season and talked about Walt Disney's film Fantasia and Stravinsky's Rite of Spring from the early 40s. They compared Prince Philip and Lady Di's funeral ceremonies and finished talking about the Super League and the eternal rivalry between MC Top Richie and Labake (Chelsea) and Duane aka Mr. Amazing (Arsenal). Make a cup of tea, sit and relax for 30 minutes!!! 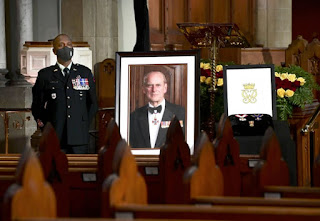 A portrait of Prince Philip, a framed drawing of the Duke’s cypher and three medals awarded to the Duke at Christ Church Cathedral, Ottawa, Canada. Photograph: Canadian Press/REX/Shutterstock
Posted by 54 the gate at 19:39